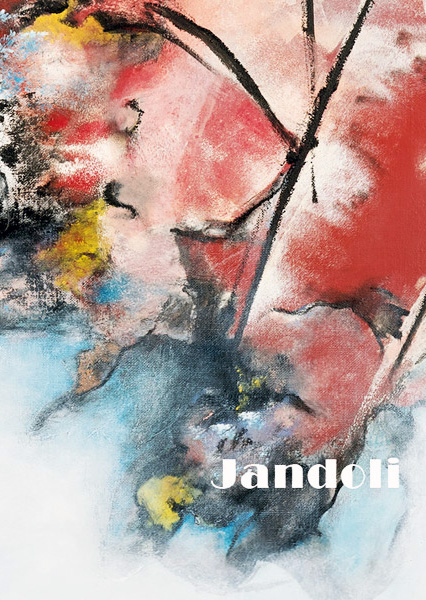 “Among all the creative acts performed by the artist, the most legible one is the drawing. The drawing, also, is the first expressive act chosen by the artist when he sketches the future form of what is still a personal, internal emotion… Therefore, the drawing is essentially movement, a tension between light and dark. The way a certain kind of black is counteracted to a certain kind of white, the modulation and the mutual transfer from one another or the resolutness of their contrasts… everything contributes to suggest a particular, dynamic rythm. A spot in a drawing is designed as much as a sound in a musical composition. Except in some cases where these elements are deliberately neutralized, the drawing is nothing but a trace – almost an emission – of specific characteristics of a life in movement…”.

“There is no art, even abstract art, that is placed far away from the visual and emotional experience – and even so if the abstraction doesn’t feel the need to refer to a specific object. The artist talks about a tension inside the artwork through which he is able to express his vitality as an organism. All this comes from his relationship (anyway generalized) with an external world based on common experiences (and art itself takes part of it), but from a construction purely interior…”.

In this new monograph on the artist, the focus is settled in the theme of the “journey” as another occasion for the artist to talk about the landscape, uniquely outlined in the paintings by the his attentive eye showing the artist’s sensitivity.
Discovering that travelling, as well as reading and listening, is always the most useful and shortest way to reach yourself.
The works of these years mediate the practical experience of reality and enlightening the present.
Jandoli’s works are outlined on various thematic aspects, mainly expressive and linked together. There are works which represent man’s lyrical and tragic relationship with nature, such as “Terra dei Fuochi” of 2010, “Bellico” of 2013.
As well as, “Holocaust” of 2000 deals with the discussion on violence together with “Semantic Density” of 1993, while “Cromie Inquiete” of 1998 shows the attacks of men against men.
In the same expressive intensity, the works are treated with a style full of raw power, connected with a psychological and existential path.
The artist’s creative intuition is interpreted with a multiplicity of visual paths. These paths are the main problem of the tense reading of the present, albeit with a gaze projected towards a possible, intuitive future. The contemporary analysis takes place thanks to the metaphors put in place by the artist who reiterates the emotional reading of the poet and the traveler.

The artist says about himself: “I’ve never written anything willingly about my expression of thought… Several times I’ve felt emabarassed in front of my work which made me realize that the artwork I was going to create didn’t comply an internal need. I’ve always looked for a place made of memory; found thanks to emotional and intuitive impulses, but as time goes by some specific contexts – representative of the reality – completely lost their initial interest.
For me, representing a reality based on imagination, dream or memory is not enough, at least not anymore: it’s the painting itself – not its representation – that has to become reality”.

“When we say that a community remembers we are in fact saying that the past has been actively
imparted to the present generation and that it has been accepted and endowed with meaning. On
the contrary, a community “forgets” when the generation who is in posession of the past doesn’t
convey it to the next generation, or when it rejects it and still doesn’t impart it, which is the exact
same thing”.

This art collection wants to help the knowledge of the Italian Resistance, showing it in colours, shapes and different materials without any sort of rethoric on manneristic reconstruction. In these 105 works, through the filter of art, one can directly approach a peculiar moment of our history, with its light and its shade.The memory of the past cannot get lost, even though its preservation is a hard and difficult task; even though its recollection involves a judgement, maybe a doubt, a reflection. This is our message, the strong idea of our research: the past is the ground of the present.
Primo Levi, in one of his last poems, a sort of will, says that in the individual and collective past are the threads weaving the cloth of our existence.

The acknowledgement of the didactic value of the collection created by Carmine Iandoli is essential, both for the choice of the subject, which requires a historical reflection on the Resistance, the liveliest among the periods of the recent past of our country, and as an opportunity for critical reflection on the creative potential of today’s artists and on the quality of their work.
The term quality is perhaps the key to this initiative because, if it were not supported by a high quality level – in the choice of the invited artists and in the sincere commitment with which they responded to the invitation – the whole operation would have ended in sterile commemorative rhetoric.
The need for artists to move within an apparent constriction of theme and form, rather than reducing the expressive possibilities, multiplies its power, because every linguistic, formal and poetic solution realizes – to quote Schiller – its own “freedom in the phenomenon”.

from Qui Touring, maggio1999
The castle of memories
by Maria Fratelli

Exhibition in Bologna (May 2-20, 1995)
Palazzo dell'Archiginnasio

Volumes and texts by Carmine Iandoli and / or written on the artist are attached in legal deposit (D.P.R. 252/2006, Article 7 paragraph 6) in the archives of the following Cultural Institutes

You can find out more about which cookies we are using or switch them off in settings.

This website uses cookies so that we can provide you with the best user experience possible. Cookie information is stored in your browser and performs functions such as recognising you when you return to our website and helping our team to understand which sections of the website you find most interesting and useful.

Strictly Necessary Cookie should be enabled at all times so that we can save your preferences for cookie settings.

If you disable this cookie, we will not be able to save your preferences. This means that every time you visit this website you will need to enable or disable cookies again.